I sometimes doodle characters with the idea of using negative space between them. Negative space in general makes things read more clearly and it also helps me with character design. 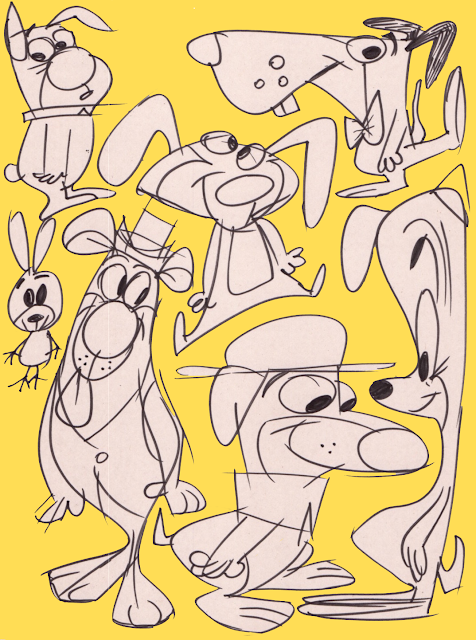 This forces me to draw shapes that I might not otherwise think of if I was just drawing straight ahead.

Here are some HB style animals as examples: 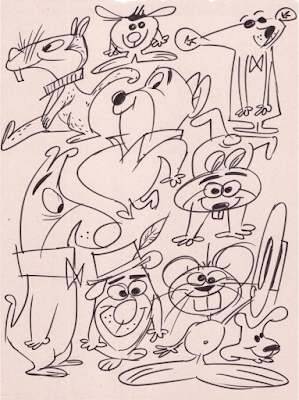 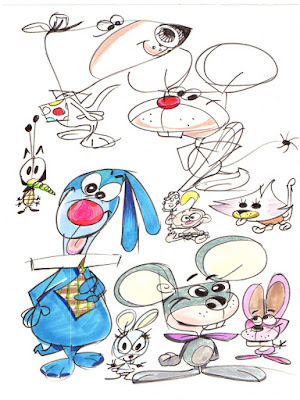 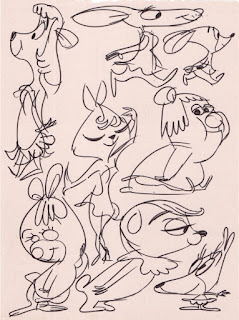 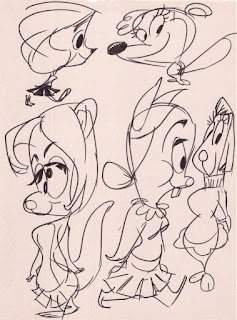 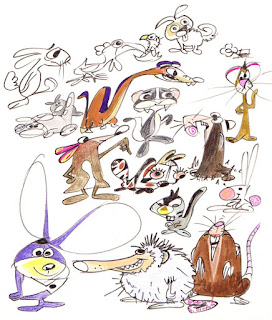 ..and some random animals 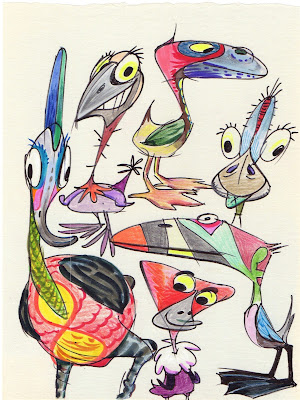 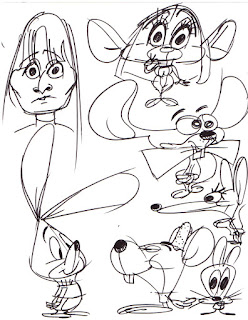 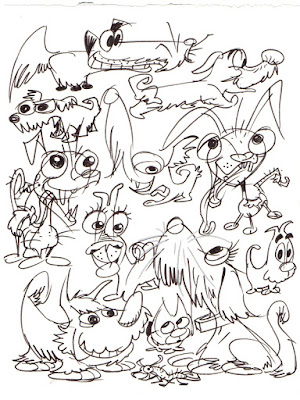 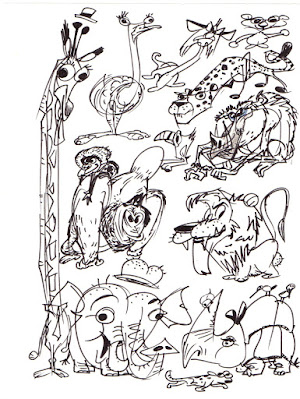 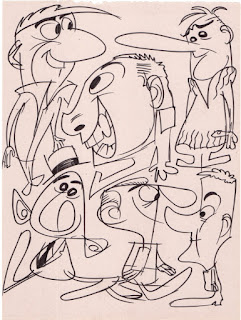 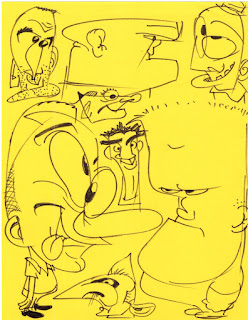 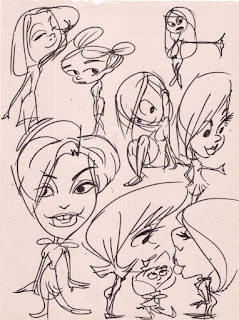 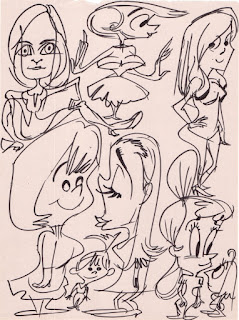 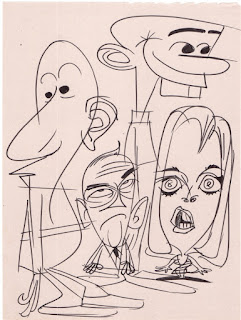 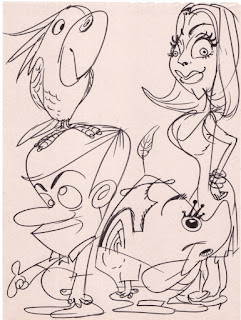 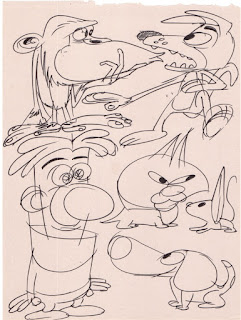 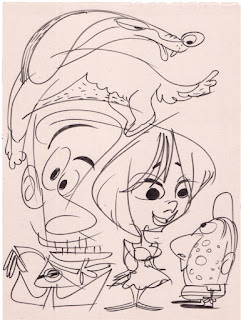 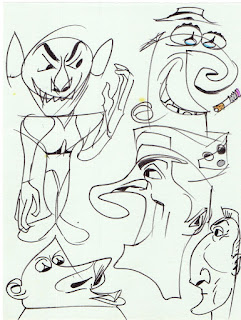 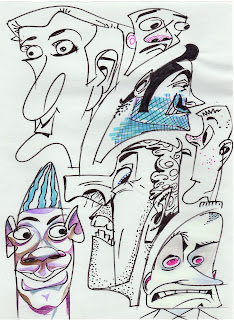 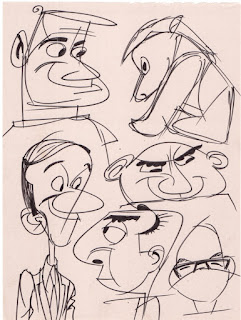 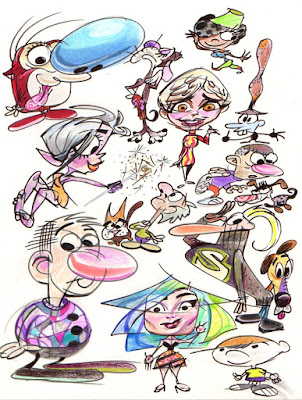 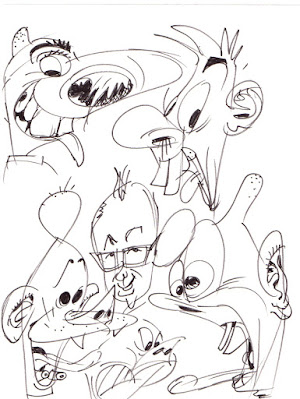 I've also been working on some beatnik mice. A friend suggested I call them "Squeakniks". 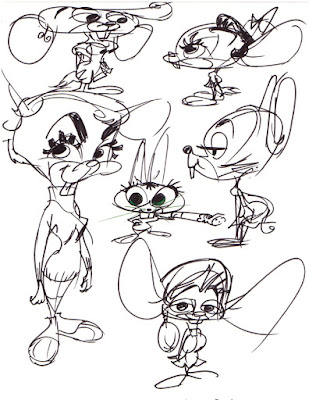 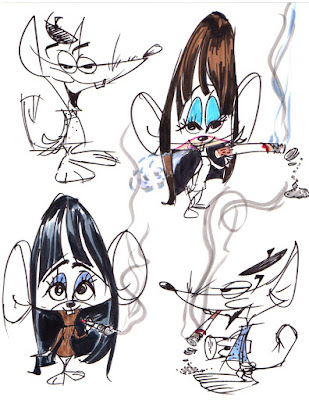 I put some on T shirts. 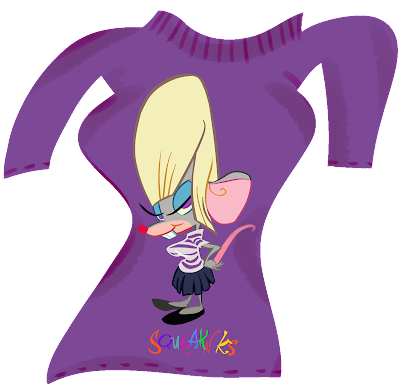 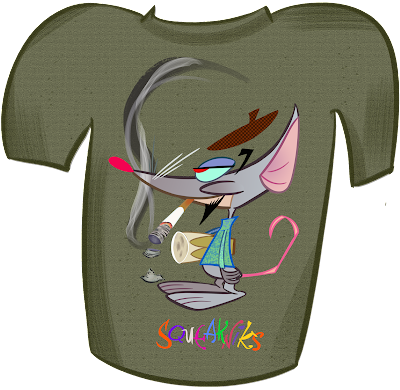 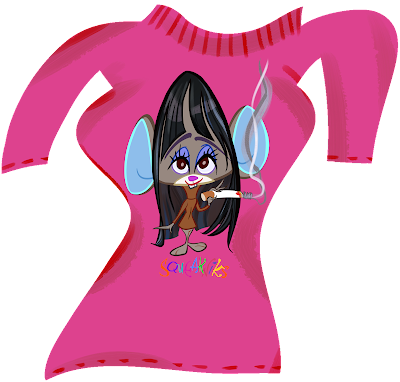 If you like any you can find them here: 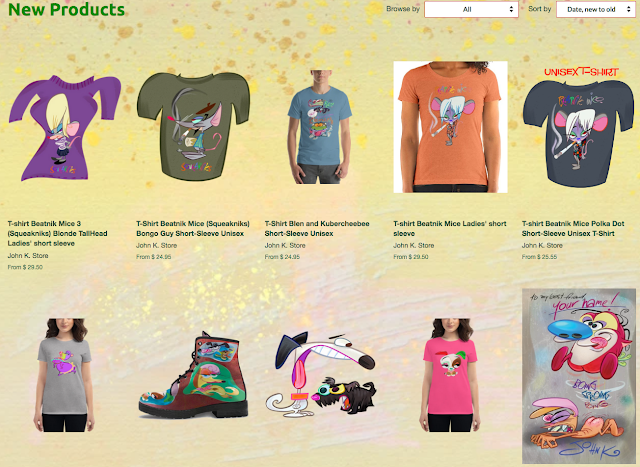